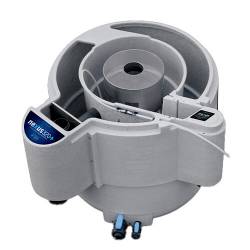 Building on the tried and tested technology that has been present in the world renowned Nexus, the team at Evolution Aqua have gone even further to enhance their number one koi pond filter.

How the Nexus Works

Water from the pond enters the nexus via the inlet into the inner chamber which works as a vortex, allowing larger solids to settle out. Water then passes through the grills in the stainless steel “Eazy” filter, where the finer particles are removed by the static bed K1 Micro® filter media. The clean water then passes to the outside chamber of the Nexus for biological treatment before returning to the pond. At this stage, biological breakdown occurs through different strains of bacteria and filter feeders living on the protected surface area of each K1+ Media filer. The bacteria convert Ammonia and Nitrite into less harmful Nitrate. Water then passes through the exit grill into the outlet and returns to the pond. 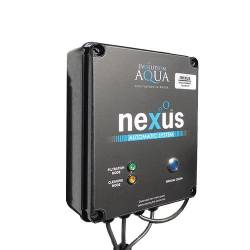 Physically turning ball valves and manually switching pumps on and off will now be a thing of the past thanks to the Nexus Automatic System. All of the key processes that form the cleaning cycle are now controlled automatically with this easy to install kit. 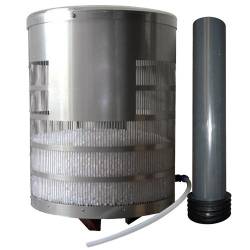 To further identify your Nexus, it will not have a stepped section moulded into the outlet or either the Answer or sponges as the primary mechanical filter. Instead, the body of the Nexus will feature the wider outlet and it will be fitted with an EAZY filter.