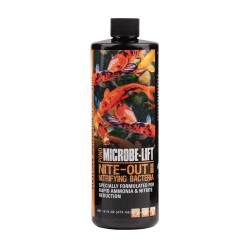 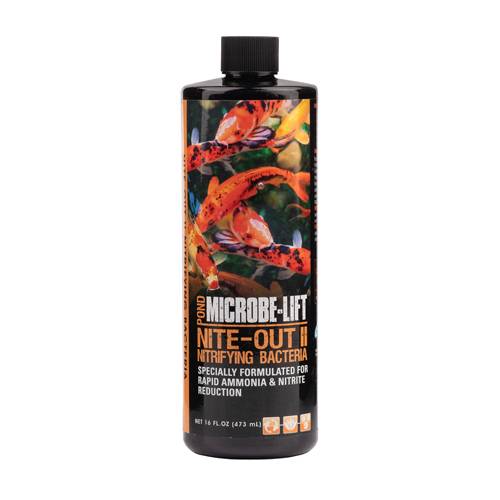 Microbe-Lift Nite Out II is designed specifically for pond waters that contain marine life. Its highly-specialized microbial consortium of nitrifying cultures are specially formulated to eliminate ammonia via a natural biological process termed nitrification. The cultures contained in Microbe-Lift Nite Out II will establish, promote or stabilize and maintain nitrification in pond waters, eliminating the toxic effect of ammonia.

Microbe-Lift Nite Out II comprises select microorganisms that are autotrophic-able to use carbon dioxide as the sole source of carbon-and are relatively slow growing, requiring specific conditions for optimum growth with typical cell division rates from 8 to 16 hours. Their performance and rate of growth are impacted by the environmental parameters required for nitrification.

They are also highly oxygen-sensitive, requiring high dissolved oxygen levels (greater than 2 mg/L) to achieve maximum growth rates. Nitrite is produced by beneficial bacteria in the pond and the oxidation of harmful waste ammonia excreted by fish. Even though nitrite is not as toxic as ammonia, it is still very damaging to the health of fish. 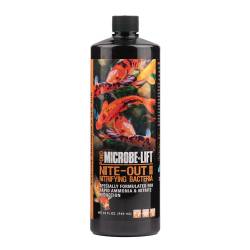 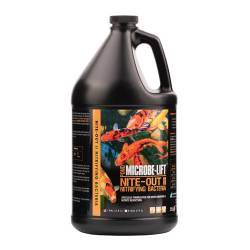